Whether it is medicinal or for legal adult use, it is time to legalize cannabis in Indiana.

Given the state’s proven track record of being incredibly accommodating to businesses and our strong agricultural roots, we are missing opportunities to attract new companies, create jobs, and boost our economy overall.

The tax revenue on the products would generate a considerable amount of money. Money that would supplement or replace the taxes Hoosiers are currently paying now.  Money that could go towards funding public health initiatives in areas that Indiana is falling behind in, such as treating health problems including diabetes, addiction and mental illness. We have lowered our infant mortality rate here and yet more needs to be done.

The medicinal use of cannabis in various states has improved the lives of cancer patients and those attempting to manage pain. Interestingly, Amanda Chicago Lewis writes in a Wall Street Journal article, The Healing Potential of Pot-Without Plants “early studies show that cannabigerol, or CBG, for example holds promise as a treatment for neurological disorders”.  Legalizing cannabis will help our society.

This change would also help our local courts and jails by no longer forcing nonviolent offenders to go through drawn out legal proceedings and sentencing individuals to jail time for simply owning or consuming marijuana. This would allow our law enforcement and correctional officers, as well as our judges, to focus on the violence that has been increasing in our state and, more specifically, our capital city.

While I do believe this would be a beneficial policy shift for a number of reasons, it is important to take our time to study the best way to adapt to such a major change. It would most likely require years of preparation. A framework would need to be set in place to properly regulate the manufacturing and distribution of cannabis products, as well as an overhaul of our current drug laws. And given the strong possibility of federal legalization, I think it is best that Indiana put some forethought into that possibility.

Luckily, we would not be entering this new territory blind. Given how many states have legalized marijuana, we can reap the benefits of seeing where others were able to succeed, and the pitfalls they may have experienced along the way.  How did they do it?  What are best practices?

When Colorado’s referendum on marijuana legalization passed, they immediately created an expansive task force to determine the most appropriate way to accommodate such a dramatic cultural shift. Public hearings occurred often. Policy was made. If this change were to happen in Indiana, transparency should be king. We should learn from other state’s experiences.

Be it the healthcare benefit of Hoosiers or the growth of our economy, it’s time to act. Legalize marijuana in Indiana

Jim Merritt is a former State Senator from Indianapolis. 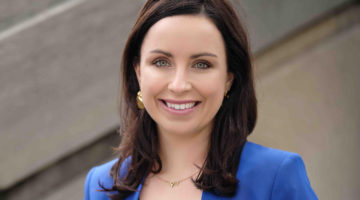