State officials are welcoming Indiana University President Michael A. McRobbie announcement today that the school intends to spend $50 million to collaborate with community partners to prevent and reduce addictions in Indiana.

McRobbie said utilizing IU‘s seven campuses across the state, and in partnership with state officials, IU Health, Eskenazi Health and others, this statewide initiative is one of the nation’s largest and most comprehensive state-based responses to the opioid addiction crisis — and the largest led by a university.

The Responding to the Addictions Crisis initiative will engage a broad array of IU‘s faculty, as well as its business, nonprofit and government partners. The initiative aims to implement a comprehensive plan to reduce deaths from addiction, ease the burden of drug addiction on Hoosier communities, and improve healthand economic outcomes.

The interdisciplinary team of IU researchers participating in this multifaceted effort will be led by IU School of Nursing Dean Robin Newhouse.

Governor Eric Holcomb and Indiana Drug Czar Jim McClelland both say the funds and IU’s efforts will be of immense help in fighting the state’s addiction problems.

You can hear both in the Leon-Tailored Audio above. 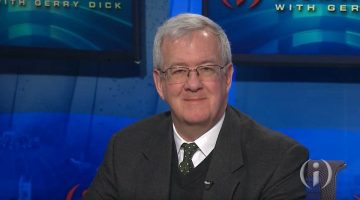