Although we pride ourselves on covering elections in our LNG (Legitimate News Guy)  capacity, there was one that nearly got past us;  the election for a spot on the Board of Trustees for Indiana University.

Now for someone who is an Illini, IU doesn’t show up much on my radar screen for anything, until now.

Several candidates for a spot on the IU Board of Trustees are yelling foul after ballots went out three weeks ahead of schedule, saying it gave an unfair advantage to the incumbent.

Apparently, there is a provision in state statute that allows IU alumni to vote for one of their own each June to a three-year term on the Board.   The Governor appoints six members, alumni get three and right now there are seven people running for the current alumni opening.  That seems pretty simple, however here is where this showed up on my radar screen.

Under the current rules, there are two ways alumni can vote.   They can vote online, or with a paper ballot. If you vote with a paper ballot, you were supposed to have it mailed to you on June 1, if you’ve voted by paper ballot in one of the last three alumni elections.

It doesn’t look like this was the case as we stated above, nearly 3,100 ballots were already mailed.

We’re told the six challengers learned of the ballot mailing error only after completed ballots had been returned to IU in early May.  Four of them asked the University to declare the premature ballots void. They requested that new ones be mailed out on June 1 — the date described on the IU Trustee Election Website.

The challengers argued that their campaign plans were upended by the premature ballot mailing.  They contended that such gave the advantage to the incumbent, who had a dozen years of name ID.

They noted that their candidate profiles in the Alumni Magazine and the videotaped candidate interviewed had yet to be released by the IU Alumni Association.   Those come out June 1, when voting was to begin.

Their request was denied and  in her denial letter, Carolyn Walters,  The Dean of University Libraries, wrote that there was “inconclusive evidence on whether candidate electioneering influences the outcome of the election.”

You can read a copy of the letter here.

Who says things get dull after the May primary? 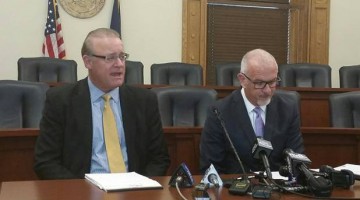