Here is the latest news regarding keeping Indianapolis safe in the wake of the riots this weekend.

Indianapolis Mayor Joe Hogsett announced the city would have another curfew this evening from 8 p.m. to 4 a.m.

Governor Eric Holcomb talks about plans to keep Indiana safe in the wake of riots over the weekend in downtown Indianapolis.  You can hear him in the Leon-Tailored Audio above.  It runs for about 50 minutes.

Meanwhile,  Marion County Prosecutor Ryan Mears announced today that he has declined to file charges against non-violent protestors who were arrested on Friday and Saturday in downtown Indianapolis. The arrests were reviewed on a case-by-case basis. Charges were declined in 41 arrests from Friday, May 29, and Saturday, May 30.   “We will not file criminal charges against those who came downtown to stand against injustice and make their voices heard through peaceful demonstrations,” Prosecutor Ryan Mears stated. “For us, the unfortunate choices by a few will not dilute the critical message carried by the majority.”  Separately, allegations of individuals illegally entering businesses and removing items resulted in 14 individuals charged with Burglary (a Level 5 Felony). 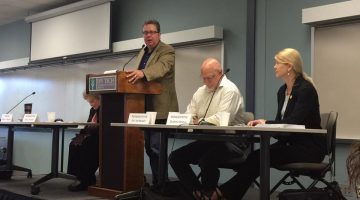