Lawmaker Tells Eric Miller To Put Up or Shut Up 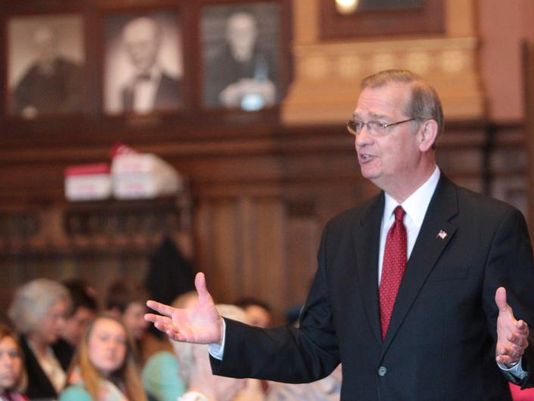 Republican State Senator Brandt Hershman is challenging social conservative activist Eric Miller to put his money where his mouth is when it comes to claims that lawmakers will try to pass a bill including sexual orientation and gender identity into the state’s civil rights code on Organization Day.

Miller has released a new You Tube video warning that “credible sources”  (He left out The Cheat Sheet and Indy Politics) are reporting that lawmakers may try pass legislation to include sexual orientation and gender identity into the state’s civil rights code on Org Day (Nov 17)  so the public won’t have time to express its opposition.

Recently I reassured you that there would be no “sneak attack” regarding religious freedom or LGBT rights on Organization Day. My assurance was backed up by Senate President Pro Tem Long and subsequently by Speaker Bosma.

Late today, Eric Miller doubled down on the “sneak attack” allegation by releasing another video suggesting such action would occur, and validating his claim with references to vague articles quoting unnamed sources with respect to rumors regarding Organization Day. Apparently he views unnamed sources as being more valid than the public statements of three top legislative leaders. Regrettably, It feels like a wallowing attempt to justify prior bad behavior.

Nevertheless, I’m willing to put my money where my mouth is. If the Senate votes upon a religious freedom or LGBT bill on Organization Day, I will write a $10,000 check to the charity of Mr. Miller’s choosing. If the Senate does not vote upon a religious freedom or LGBT right bill on Organization Day, I challenge Mr. Miller to commit to writing a $10,000 check to a charity of my choosing. Let’s see who really believes in what they are saying.

“Wow. How could I be more clear?wouldn’t be the first time political rumor would be inaccurate. There is no sneak attack. #SneakAttack“

No word yet on whether Miller will take Hershman up on his offer. 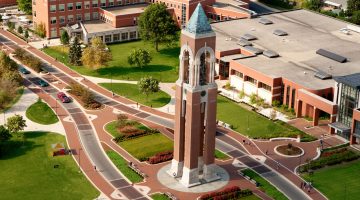 The Debate Over Ball State