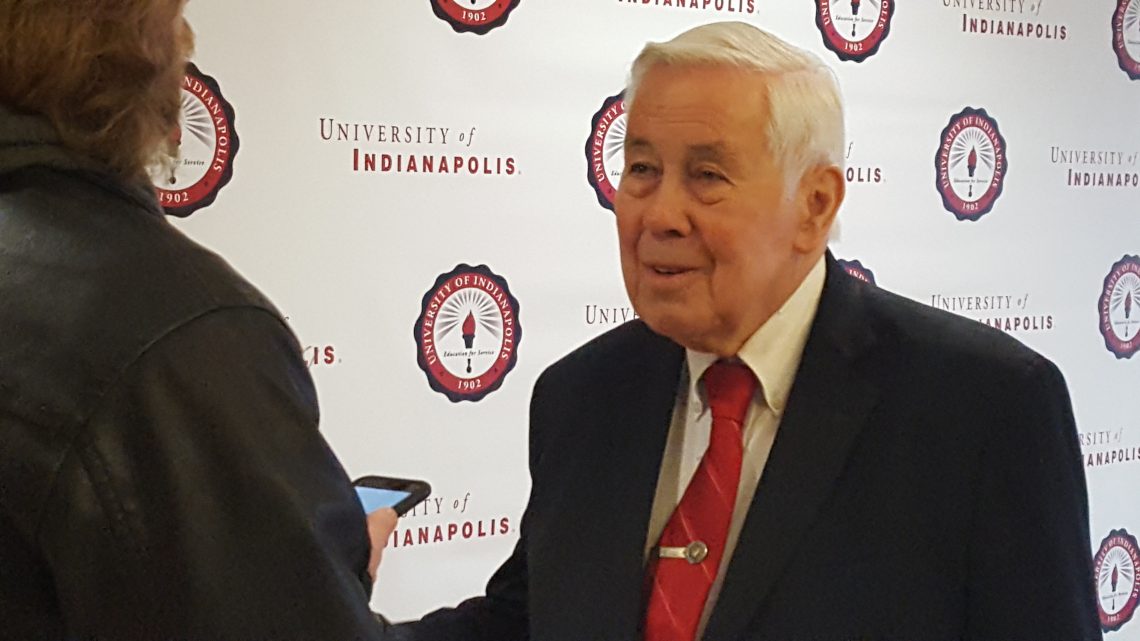 Since we are now six months away from the May primary and a year away from the general election, I thought it might be a good idea to take a look at the U.S. Senate race.  I’ve spent the past few weeks talking to various sources around the state to get a feel for where things stand in the U.S. Senate race, and the one constant theme that keeps coming back is that Joe Donnelly might be a lot tougher to beat than initially thought.

First, there were the polls.   A poll published in recent editions of the Cheat Sheet showed Donnelly tied (40-40) with a generic Republican and 60 percent of Republicans polled were undecided, 22 percent supported Todd Rokita, 15 percent backed Luke Messer, and Mike Braun got three percent of the vote.

That 60 percent undecided number is consistent with what was released by both the Rokita and Messer camps earlier this year.  A Rokita poll released this summer gave him an eight-point lead over Messer (28-20) with Republican primary voters; however, 55 percent were undecided.  A survey put out by the Messer campaign showed the race virtually tied (23-23), but 45 percent were undecided.

And Morning Consult has been keeping track of Joe Donnelly’s approval ratings all year.  To date he’s been averaging just above 48 percent, 48.6 percent to be precise.  His disapproval rating has been at 25 percent.  And those who either don’t know or have no opinion come in at 26 percent.

Second, there’s the money.  You already know that Donnelly has about as much money in the bank as Luke Messer and Todd Rokita combined. He has $4.6 million in the bank, while Messer and Rokita have about $2.4 million each.    And don’t forget, State Rep. Mike Braun in one quarter raised $1 million ($800,000 of his own) and a new Super PAC (Our Indiana Voice) is also going to help him raise money.  So it doesn’t look like money isn’t going to be an issue for anybody in this race.

So what’s left to look at, I submit to you, the “Lugar Republicans”.

You remember them, the members of the GOP who went and voted for Donnelly in 2012 over Richard Mourdock, mainly due to his comments regarding rape and if a woman became pregnant, it was God’s intent for it to happen.  I think they will be crucial in not only the general election but also the primary.  And in a universe where 60 percent of Republicans are undecided, these guys are going to be a significant voting bloc.

We’ve been speaking to a number of them, and they are far from overwhelmed with the current crop of candidates.  At best, the “social club” wing of the group tends to favor Messer.  They are intrigued by Braun but have a lot of questions about him.  They are not Rokita fans.  And a good chunk of them don’t think Donnelly is beatable.   A current theme from speaking with all of them is that a lot of them don’t want to be bothered with any political talk until next year, which feeds into the poll that shows that 60 percent of Republicans are undecided.

And as far as candidates reaching out, from what we’ve been able to gather, it looks like the Rokita folks are going for the hardcore Trump supporters, although a spokesman tells me they will be able  “energize and unite all factions of the party to defeat Joe Donnelly.”   Meanwhile, sources close to team Messer tell me he is focusing on “growing his base” and bringing on board those moderate and establishment Republicans and build that “broader primary coalition.”

Both are going to have to do something.  This summer Donnelly marched in parades in the Republican strongholds of  Hamilton and Johnson counties.    And please note,  a check of 2016 election results shows Donald Trump underperforming than all the other candidates.   He got 87,300 votes while the average vote for the three County Commissioners was 97,000 votes.    And I was even informed that a wealthy group of Hancock County farmers held a fundraiser for Donnelly because he liked his position on agriculture.

Regardless, one longtime Lugar friend and supporter told us this, “Lugar Republicans (and the majority of Hoosiers) are ultimately for good governance.   By simply pledging to vote more frequently with the Trump Administration, it’s unclear how the current slate of Republican candidates for U.S. Senate will better address the problems of the nation than Senator Donnelly is already doing.”

Abdul is an attorney the editor and publisher of IndyPolitics.Org.  His opinions are his own, but they should be yours too. 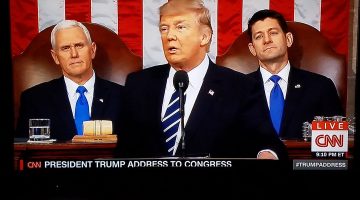