Acting Marion County Prosecutor Ryan Mears today announced his intention to no longer prosecute possession of marijuana cases involving approximately one ounce or less of marijuana when the charge is the only or most serious charge against an adult.

Mears first hinted at the policy change during a weekend interview with Indy Politics.   He said his own experience as a deputy prosecutor and the evolving policies of neighboring states and jurisdictions prompted this decision.

“I have come to this decision as a veteran prosecutor. I have seen the resources devoted to these prosecutions and believe those resources can be used more effectively to promote public safety, ensure justice for victims, and reduce recidivism,” Prosecutor Mears stated. “When faced with the choice between prosecuting this and prosecuting acts of violence, my priority is clear.”

“Too often, an arrest for marijuana possession puts individuals into the system who otherwise would not be. That is not a win for our community,” Prosecutor Mears continued. “The enforcement of marijuana policy has disproportionately impacted people of color, and this is a first step to addressing that.”

According to Indiana state law, possession of marijuana in an amount less than 30 grams can be prosecuted as a Level B Misdemeanor punishable by up to 180 days in jail and a fine of $1,000.

The policy does not apply to persons under the age of 18. Further, cases involving trafficking or dealing of marijuana and driving while under the influence of marijuana will continue to be filed and prosecuted in Marion County.

Mears said his office will review pending cases involving only possession of marijuana to determine which may be dismissed based on the new policy.

Mears policy change drew a reaction from both his challenger and Indiana Attorney General Curtis Hill. 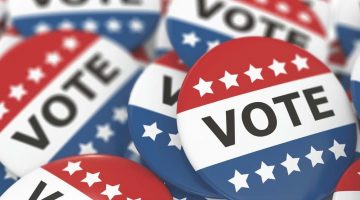