The Trump administration is putting the finishing touches on a plan to return mortgage-finance giants Fannie Mae and Freddie Mac to private-shareholder ownership.

The proposal, which comes more than a decade after the government seized the firms to save them from collapse, would seek to put the companies on a sounder financial footing and then release them from government control.

Indy Politics spoke recently with Micahel Calabria of the Federal Housing finance agency during a visit to Indianapolis to find out exactly what this all means for consumers.

You can hear him in the three Leon-Tailored Audio segments above. Each one runs between 9-10 minutes.

IN Senators can combat inflation by curbing swipe fees 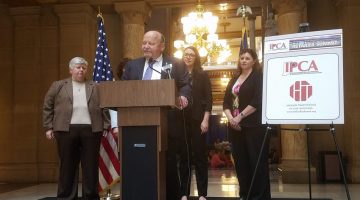 Sex Trafficking in the City