Republican Mayoral candidate Jim Merritt says out of respect for the participants and attendees of this weekend’s Indy Pride parade, he will not march, even though it would have been as a private citizen and not as a candidate.

Merritt had planned to march with friends, however, when word of his attendance got out it created a firestorm and the organizers of Indy Pride told him he was not welcome due to his past votes in the legislature on RFRA on same-sex marriage.

Merritt says he has evolved on those issues, noting he supported the “RFRA  Fix” which actually prohibited discrimination against the LGBT community and last session he voted for bias crimes legislation.

Merritt says he has several initiatives he would enact as Mayor to make Indianapolis more inclusive for all.

You can hear Merritt in the Leon-Tailored Audio.  He also talks about crime, infrastructure, and workforce development.  Each segment runs approximately nine minutes. 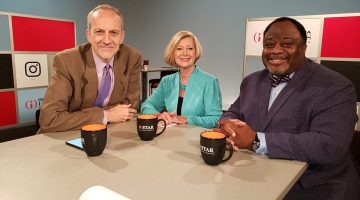