According to RTV 6, about 15 bullet holes were found on the outside of the building in the 3800 block of Industrial Boulevard after an officer called the report around 11 p.m.

Indianapolis Mayor Joe Hogsett says such acts against law enforcement are acts against the entire community and they will not be tolerated.

IMPD Police Chief Troy Riggs added that shots fired at law enforcement facilities takes the city to another level when it comes to violence against police.

You can hear the Mayor and Police Chief as well from FOP President Rick Snyder and Deputy Mayor of Neighborhoods David Hampton in the Leon-Tailored Audio above. 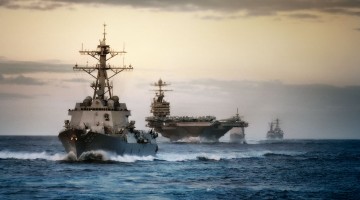