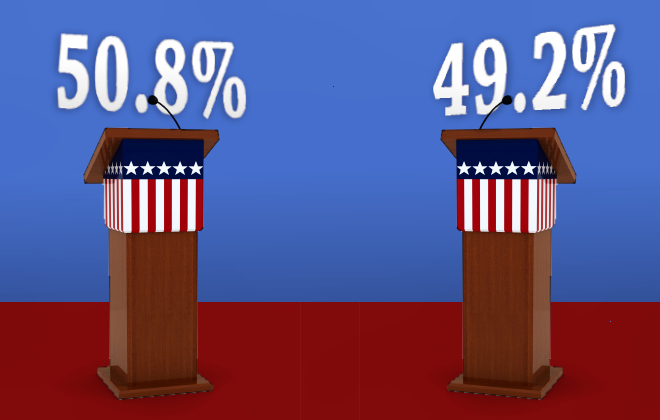 You’ve probably seen the most recent polls showing Donald Trump with a single digit lead over Hillary Clinton here in Indiana, as well as a virtual tie existing between Evan Bayh and Todd Young in the U.S. Senate race and the same going for John Gregg and Eric Holcomb.

Well, when it comes to polls, there are a couple things you have to remember. First they are a snapshot in time. Secondly, and depending on your perspective more importantly, they can show us some very important trends. So I decided to take a look at the polls over the past few months in the big three races to see what we could extrapolate.

Here’s what I came across…

So those are the polls, now for the perspective.

The person who needs to be most worried about these polls numbers is Evan Bayh. Yes, he still has a lead over Todd Young, but remember back in July, he lead Young by nearly 20 points, and a few million dollars later he leads by four.

If you’re John Gregg, the great news for you is that in a Republican leaning state, you’re still beating the Republican by a few percentage points, but you’ve never really been able to crack that 41-40 percent ceiling. The best you did was an April poll that had you at 45 percent, but that was against Mike Pence and he was at 49 percent.

Trump is the interesting character. He’s still doing well against Clinton, but you would think he would be doing a little better, but an eight point average lead is nothing to ignore. Now please note, the Trump team disputes the latest Howey/WTHR poll numbers. A member of the campaign says their internals show a 15-point lead over Clinton.

And less we forget the Libertarians, you have to give some credit to U.S. Senate candidate Lucy Brenton. She managed to double her standing from four to eight percent without doing much of anything. That tends one to believe that some of the people leaving Bayh, are giving Libertarians a second look.

Another trend to look at is the number of undecided voters. In each poll, I noticed the number of undecided voters increasing. In the Presidential race the undecideds went from five to eight percent. In the Senate race they went from seven to nine percent. And in the Governor’s race they’ve gone from 13 to 15 percent. That’s tells me that the closer Hoosiers get to Election Day the more they don’t like their choices, regardless of political affiliation.

I think that’s the biggest takeaway of all. 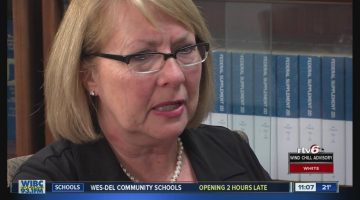