Here’s a summary of the major news items from across the state.   Sign up for the Indy Politics daily Statewide Summary and get headlines delivered to your e-mail each morning.

Secretary of State Connie Lawson will be on the ballot for reelection, despite a claim she’s ineligible.  (WIBC)

Indiana Governor Eric Holcomb says he’s sure that the Inspector General will be fair and thorough when it comes to investigating allegations of sexual misconduct against Attorney General Curtis Hill.  (Indy Politics)

Howard County officials say because they use paper ballots,  their election process is safe from foreign tampering.  (Kokomo Tribune)

Indianapolis Public Schools officials voted Tuesday to ask taxpayers for $315 million over eight years to help close its budget gap — an amount that’s less than half the district’s initial proposal but is still high enough to draw skepticism from a local business group.  (Chalkbeat Indiana)

Indiana’s lieutenant governor’s office has taken the first steps toward extending the reach of broadband internet connections to rural areas.  (The Statehouse File)

Last week the first businesses in Michigan gained approval for licenses from the state’s Medical Marihuana Licensing Board — but that doesn’t mean they can use that new license yet to distribute medicine to patients.  (MLive)

For the fourth straight year, Indiana has a delegation at one of the largest aerospace events in the world.   (Inside Indiana Business)

Previous post Holcomb Talks Hill (And A Few Other Items) 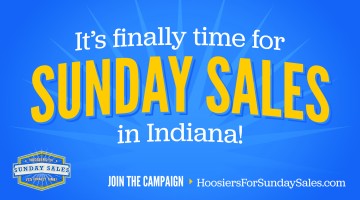 A Word from our Sponsor