Indiana House Democratic leader Scott Pelath is announcing he is not running for re-election in 2018 and is stepping down from his leadership post.

Pelath made the announcement to his fellow Democrats.

According to a spokesman,  in a letter e-mailed today to House Democrats, Pelath said his decision was based in part on a desire to spend more time with his family. Pelath and his wife Laura recently welcomed a baby boy named Leo.

“Immediately after the past election, I confided to many of you that I was not going to do this forever. And after several months of repressed doubts, soul-searching, and discussions with my family that time has come – as it does for most of us.  “I have always viewed the position of leader as pure service, not one of grandiosity or ambition,” he noted.

Pelath indicated that his last day as House Democratic Leader will be Organization Day (Tuesday, November 21). He also said he would finish out the remainder of his term in office.

Pelath was first elected to represent the 9th District in 1998. In 2012, he was elected House Democratic Leader by his colleagues replacing Pat Bauer. 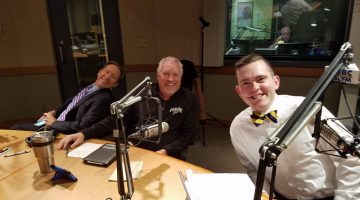