If nothing else, elections inform.

Few enjoyed the season just passed, except perhaps as pro-wrestling-quality spectacle.  However, even the most degraded art forms can teach useful lessons — ones that might even inspire improvement at the Indiana Statehouse.

First things first:  the people have exceeded their tolerance of campaign money, perceived special interest influence, and the perception of rigged electoral outcomes.

This is an area where Indiana can lead from the front, and further differentiate ourselves from Washington.  Already, we are working together toward nonpartisan redistricting.  That must continue until our elections truly reflect the broadest cross-section of Hoosiers.

We live in an electronic age where data is used to hyper-analyze and predict our individual choices.  Someone, somewhere knows if we are more likely to buy a pick-up or a hybrid.  Gerrymandering in 1790 was one thing.  Today’s politicians armed with supercomputers should not be picking their own voters.

Similarly, campaign finance reform is clearly in order.  While the state faces major challenges, candidates from Congress to commissioner are walled up next to a phone praying for large donors to take their calls.  That is not governing, and that is not democracy.

Finally, as Americans trust their institutions less than ever, we must breathe new life into citizen participation. Our self-limiting barriers to difficult reforms necessitate that citizens be empowered to initiate and enact changes to our laws.

I have introduced an amendment to the state constitution that will allow Indiana’s citizens to initiate binding, statewide referenda on the functions of government.  We will not always like the outcomes, but at least our citizens will know it was their choice.

One thing, though, that only requires a show of hands is that Indiana’s circulatory system – our state’s roads, bridges, and railways – needs an angioplasty.  On this point, there is broad agreement.

The good news is that we have choices for improving how people get to work and make shipments.  Some solutions merely require a change in governmental priorities.  Others, such as calls for new taxes and new fees, will force our new governor to make his case to a hesitant public.

It is important because there is a growing sense that needed sacrifices are demanded, but not shared.  Or that some seem to be rewarded for doing nothing.  Or that we are increasingly collecting money from all communities and workers in Indiana, while the most influential — who are already doing well on their own – seem to keep winding up with it.

These feelings are continually reinforced.  Just last month, money designed to reward teachers for their hard work given to the wealthiest, best-educated communities, while the areas where it is often toughest to teach were ignored. Increasingly, the burden for funding Indiana’s government is falling on those who work hard to buy what they need.

We must remain mindful of these perceptions as we ask for more from workers, consumers, and the unconnected.

We are all called upon to answer a basic question:  Are we better off if we’re all in this together?  Outside of a banquet for sociopaths, I trust most believe that we are.

Our challenge is to demonstrate to the people that we mean what we say. That doesn’t mean we always get our way, or that we can simply impose our will without strong objection.  But it does demand that we be better listeners, occasionally challenge our own assumptions, and be willing to allow at least a 1-percent chance that the other person is right.

Indiana House Democrats stand ready to help when measures are for the good of the state.  We will critique the majority’s decisions in the interest of perfecting good ideas and mitigating bad ones.  We will provide alternatives, so the people have a choice between alternative futures.

Finally, we will serve as the voices of those who perceive that they have no place in our government or in the decisions made here.  We strive to comfort them that they will be heard.

We are ready to work. 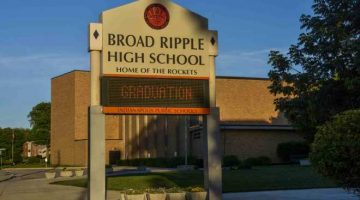