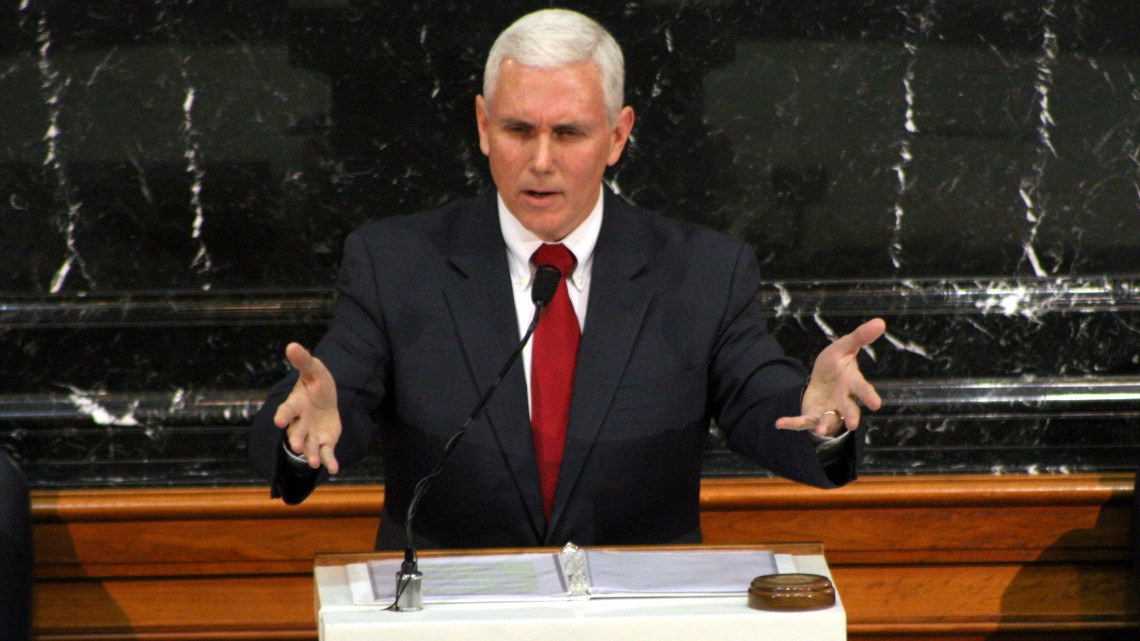 In his third State of the State address, Indiana Governor Mike Pence is calling for a balanced budget amendment to the State Constitution.

The Governor’s office says Indiana is one of a handful of states that does not require a balanced budget.  The Indiana Constitution does limit the state’s ability to incur debt.

Under Article 10, Section 5 it reads,

“No law shall authorize any debt to contracted, on behalf of the State, except in the following cases” to meet casual deficits in the revenue; to pay the interest on the State Debt; to repel invasion, suppress insurrection, or, if hostilities be threatened, provide for the public defense.”

However the state lawmakers have interpreted that language to mean Indiana must have balanced budgets.  The Pence administration says says under their version of a balanced budget amendment, recurring general revenue fund expenditures would not exceed revenues.

It is unclear exactly how the language would read and would it allow for state surpluses.  In addition, both California and Illinois have balanced budget amendment language in their constitutions, however both states are swimming in billions of dollars of red ink.

Lawmakers would have to pass a balanced budget amendment in two sessions of the General Assembly before it could go to the voters.  The earliest that could occur is 2020.

You can hear their comments below.   Each segment runs approximately 17 minutes.

The Governor also touched on familiar themes such as his education plan which included more overall funding for schools, expanding school choice as well as the state’s voucher program and pre-K.

Photo: The Statehouse File, from the 2013 State of the State Address 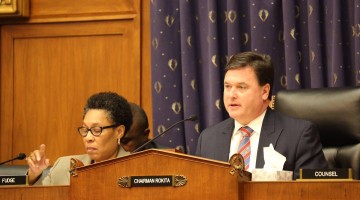 Rokita on Roads and NCLB Rewrite