As we’ve been reporting for weeks here at Indy Politics and in the Cheat Sheet, Greg Pence, the brother of Vice-President and former Governor Mike Pence, is running for Congress in the 6th Congressional District.

Pence has launched a website and released a campaign video.

Pence says he wants to strengthen the economy, create jobs, protect our borders, and support the military.

RTV 6 reported earler that Pence has filed paperwork with the IRS and Federal Elections Commission indicating he will run for Congress  in  CD-6.

According to RTV 6, on Monday, the IRS posted documents filed to create a new organization called “Greg Pence for Congress Inc” and  Pence filed paperwork with the Federal Elections Commission on Wednesday formally declaring his candidacy.

Pence and his family reside in Columbus. 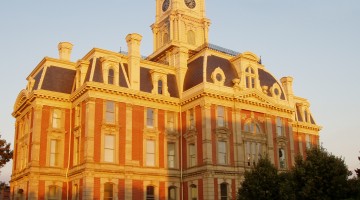