Following a weekend firestorm of controversy, protests and bad national publicity Statehouse Republican leaders say they are taking whatever steps that are necessary to ensure the public that Indiana’s Religious Freedom Restoration Act (RFRA) can’t be used to discriminate against Hoosiers based on sexual orientation.

House Speaker Brian Bosma and Senate President Pro Tempore David Long say the intent of RFRA was never to allow discrimination, but protect Hoosiers’ religious freedom.  However, the public perception had grown to a point where that message was lost.

They also say that Governor Mike Pence’s appearance on This Week with George Stephanopolous did not help when he would not directly answer whether he felt discrimination should be prohibited based on sexual orientation.

Bosma and Long say they won’t repeal the law, but will make sure that it is clear that it cannot be used for discriminatory purposes.  They were not sure how that provision would be written.  They did not think however adding sexual orientation as a protected class could be accomplished with only four weeks left in the session.

Democrats meanwhile, say the only way to address the issue was a full repeal of RFRA and then start the process all over.

You can hear audio from both sides below.  The Republicans runs 28 minutes.  The Democrats go for about 20 minutes. 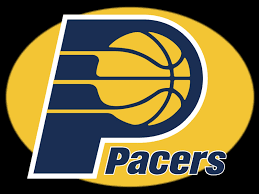