John Schmitz, who was seeking an independent run for Mayor, says he will sue the state of Indiana in federal court saying the law that denied more than 2,400 of his petition signatures violates the constitution and the Motor Voter law.

Although he turned in nearly 8,300 signatures to Marion County Voter registration, more than 2,800 of them were denied for numerous reasons the two largest being the signers were either not registered to vote or the address on the petition did not match the one in voter registration.

Schmitz appealed to the Marion County Election Board but lost 3-0.

He tells Indy Politics his campaign is going to court to sue.  He is alleging the state failed to update the voter registrations of numerous signers thus violating the federal Motor Voter law.  He also says since many of the signers were African-American, the state is violating their civil rights.

You can hear Schmitz in the Leon-tailored Audio above.  It runs for about nine minutes. 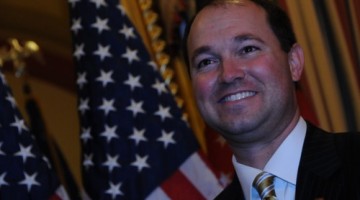