More money for education and no increase in the cigarette tax are two of the key highlights in the budget unveiled today by Indiana Senate Republicans.

Education spending has been increased by $875 million over the next two years, with most of that increase for schools coming in the second year.

The Republican budget also funds virtual schools at 85 percent and it restores funding for higher education to the tune of more than four billion dollars over the biennium.

The budget also removes the fee for a lifetime handgun permit, which will cost the state approximately $3.5 million annually.

When it came to the cigarette tax,  Appropriations Chairman Ryan Mishler says the Senate wants to hold off on raising the tax because they feel they may need it to cover health care costs down the road to make up for a lack of future federal funding.

You can find an overview of the Senate budget here.

You can also hear a budget briefing from this morning with Senators Mishler and Eric Bassler.  The Leon-Tailored Audio runs under an hour.

State Closes Out With More than $6 Billion in Reserves 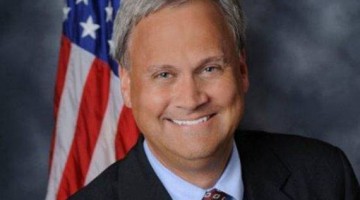 A Few Minutes with Merritt