Indiana House Speaker Brian Bosma says the most important issue next session will be roads, not whether lawmakers will add sexual orientation and gender identity into the state’s civil rights code.

The Speaker says getting proper funding for Indiana’s infrastructure is the biggest issue lawmakers will have to address.  He says there have been conversations with the Governor’s office regarding the civil rights statute, but road and road repair will be their top priority.

Earlier in the day Senate Democrats said they would introduce legislation adding sexual orientation and gender identity into the state’s civil rights code.

The Speaker said lawmakers will take steps to address the state’s teacher shortage which Bosma argued had more to do with the upswing in the economy than with legislative reforms.

You can hear the Speaker’s comments above in the Leon-Tailored Audio.  The entire news conference goes for about 20 minutes. 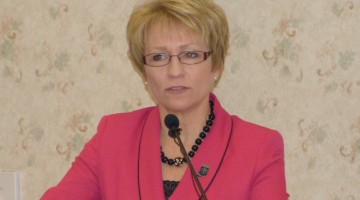