Although Indiana is ending the fiscal year with a nearly $1.8 billion surplus, budget officials say they are keeping an eye for some possible financial trouble spots down the road.

State Auditor Tera Klutz and budget chief Micah Vincent reported today that Indiana will close out the fiscal year with more than $1.785 billion, which amounts to 11.3 percent of general fund expenditures.

This is occurring despite declining corporate tax revenue and increases in spending for the Department of Child Services; two areas that Vincent says they will have to monitor as lawmakers craft a budget for the next biennium.

You can hear both Klutz and Vincent in the Leon-Tailored Audio above.  Part one is the announcement.  Part two is questions from the media.

A Couple of Post-Election Suggestions 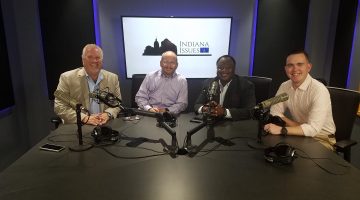