The Indy Chamber released its findings from its four-month financial and operational assessment of the Indianapolis Public Schools today, outlining cost-cutting recommendations that it says would save the district more than $477 million over the next eight years.

Chamber officials say the savings allow the district to close its budget deficit and fund salary increases for teachers and principals with a $100 million operating referendum.

The model would slightly increase class size – keeping a lower student/teacher ratio than other Indy-area districts – by slowing the rehiring of vacancies created by retirements and other departures.  These savings, the Chamber says, would help fund average pay raises of 16% for teachers, $150,000 salaries for principals, and 2% annual raises over the eight-year timeframe across all IPS schools.

Key recommendations from the Indy Chamber assessment include:

Officials also say the $477 million eight-year projected savings from these and other recommendations would wipe out the projected IPS deficit from 2019-2026 ($319 million); adding the cost of teacher and principal raises ($243 million) and an 8% cash reserve leaves a $100 million gap to be funded by operating referendum.

The assessment also yielded a scenario that balanced the budget and funded raises with no referendum, but the operational impact of implementing more dramatic cutbacks was judged to be too ambitious.

Chamber President Michael Huber acknowledged differences with IPS on the district’s ability to adopt some of the Chamber recommendations, but welcomed continued discussion and the opportunity to review IPS alternative options and close the gap before the Board of Commissioners meeting on July 17th.
IPS Superintendent Lews Ferebee responded with the following comment…

“The District has been fully engaged in the operational analysis being conducted by the Indianapolis Chamber of Commerce. We are grateful for the Chamber’s time and effort to produce this analysis of the District’s financial situation and their suggestions and recommendations for changes. However, we have some significant concerns with some of those recommendations:  The call to close a devastating number of our schools in some of Indianapolis’ most challenged neighborhoods with very little public process is concerning. In addition to raising teacher compensation each year over the past three years, IPS has realized millions in savings through the sale of unneeded properties, right-sized our number of high schools and made a 30 percent cut in non-classroom personnel over the last few years.  We look forward to working constructively with the Chamber’s team over the next several days as we work towards an agreed upon referendum amount and IPS is committed to further action to reduce unnecessary expenditures.  We believe, however, that a responsible referendum request cannot be anchored solely in revenue from cost savings that to this point are on paper only.” 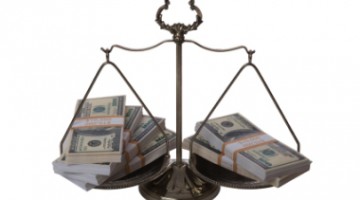