Those were just two of the highlights from the weekly media availabilities from Bosma and Pelath.

The two also offered perspectives on workforce development, syringe exchange and the controversy this past week surrounding lawmakers and social media.

You hear both Bosma and Pelath in the Leon-Tailored Audio above. 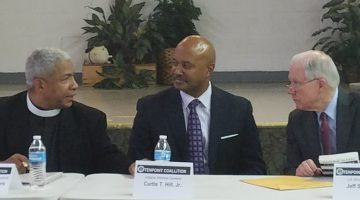