Mapmaker Mapmaker, Make Me a Map

If Donald Trump picks Indiana Governor Mike Pence to be his Vice-Presidential running mate, there will be no shortage of possible replacements.

A number of prominent Republicans tell Indy Politics they would be interested in running for the spot.

Pence and his family met with Trump over the weekend and sources say he is front-runner for the post.  If selected, state law does not allow the Governor to run for both positions so he would have to take himself off the ballot.  And the state central committee would have to fill the vacancy by July 14.  The Republican National Convention begins on July 17 in Cleveland.

Bosma told Indy Politics Monday that he was interested in the job because of all the state has accomplished in the last 12 years and would not want to see that progress rolled back.  Ballard echoed similar themes, and said his candidacy would take social issues off the table. 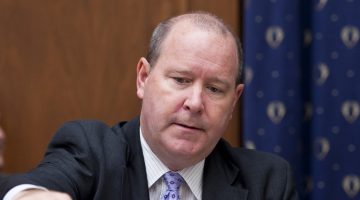