More than 2,000 Hoosiers gathered at the Indiana State Capital Saturday to protest Indiana’s newly signed Religious Freedom Restoration Act saying it would promote discrimination against individuals based on sexual orientation.

The measure passed overwhelmingly in the Indiana General Assembly and Governor Mike Pence signed the bill on Thursday.  The Governor told the media that contrary to some reports the bill did not allow for discrimination and he would not have signed it if did.

Under RFRA the government could not compel an individual or business to engage in activity that violated their religious beliefs with a compelling interest and in the least intrusive manner.  RFRA laws exist in one form or another in 19 states, however several of those states include sexual orientation as a protected class barring discrimination.

Democratic State Representative  Ed DeLaney who spoke at the rally and who voted against the bill in the House, said RFRA would put Indiana on the road to discrimination.  “I offered two amendments to the bill that would have recognized our state’s compelling interest in banning discrimination and protected local ordinances that banned discrimination, both of those were defeated.”

Although it was a peaceful protest and demonstration, there was a tense moment at today’s anti-RFRA rally in Downtown Indianapolis as a supporter and opponent of the bill faced off on Monument Circle.   Indy Politics was standing nearby and caught the exchange.  You can hear it above.  It runs about three minutes.  Note, there is some coarse language used. 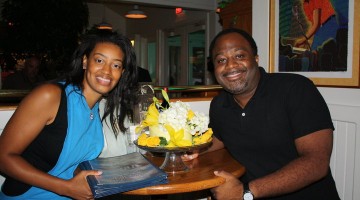 A Non-Political Perspective on Pence