The head of Visit Indy, Leonard Hoops, says  the city’s convention business has fully recovered to pre-RFRA levels, however tourism officials still have to be vigilant.

Convention officials say they lost between $60-$100 million in business due to last year’s controversy surrounding the Religious Freedom Restoration Act.

Hoops says much of that business has come back due to the “RFRA fix” as well as the fact Indianapolis had a local human rights ordinance that prohibited discrimination based on sexual orientation and gender identity.

Hoops spoke to Indy Politics today following a news conference highlighting a number of events in downtown Indianapolis this weekend including the U.S. Conference of Mayors and Olympic diving finals.

Your can hear Hoops’ comments in the Leon-Tailored Audio above.  It runs about nine minutes. 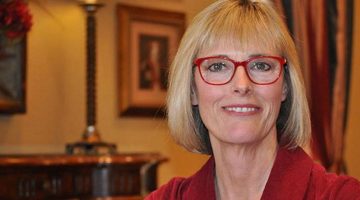