If you’re tired of just talking about politics and want to make a real difference, sign for the Indy Chamber’s political boot camp at this year’s Hob Nob.

Here’s what you can expect…

Running for political office is the highest form of civic engagement. The Indy Chamber wants to arm you with information on the realities of campaign life, forming the right strategy and understanding the terrain. In addition to our annual HobNob networking reception, this year’s event with feature a political bootcamp to help identify the next generation of civic leaders. Topics will include: 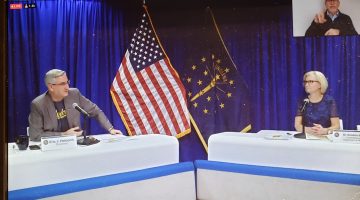