Indiana lawmakers say they are confident they can resolve the big issues they face in the final two weeks of the legislative session.

Both House Speaker Brian Bosma and Senate President Pro Tempore David Long want to adjourn by April 22,  and they say because there is general agreement on the remaining issues, it should not be too difficult to work out the differences.

You can both Bosma and Long in the Leon-Tailored Audio above as well WIBC Political reporter Eric Berman and Kevin Brinegar of the State Chamber of Commerce. 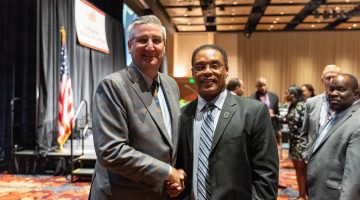