Most days, I am a big fan of local control.

Today is not necessarily one of those days.

Indiana lawmakers caught some grief this week for a couple of proposals which critics say are undermining the will of the citizens of Indianapolis and have the General Assembly is acting like an “Uber City-County Council.”

While that might seem wrong to the untrained eye, like most things when you look a little closer, you will see that not only is there a logical reason for lawmakers actions, anyone who cares about due process or protecting the taxpayers should really be cheering for the west end of Market Street.

The first criticism involves the city’s efforts to increase regulations when it comes to landlord/tenant relations; particularly evictions. Proponents say too many renters are forced to live in squalid conditions because they are afraid of landlords who might retaliate against them by evicting them. And they cite statistics showing Indiana has one of the highest eviction rates in the country. So the city decided to pass an ordinance giving tenants new rights when it comes to evictions. The problem with those “rights” is that they are granted at the expense of the folks who actually own the property.

For example, a tenant who complains about the conditions of the property doesn’t have to put the complaint in writing. So there’s no record of the claim just the tenant’s word. Secondly, and most importantly, if a landlord is accused of retaliatory eviction, the burden of proof is not on the individual making the allegation, but the landlord must prove they didn’t do.

That’s right, under this ordinance, the person accused of the bad act has the burden of proof to show they didn’t do it. In criminal law, the government must prove the defendant is guilty beyond a reasonable doubt. In civil matters, the plaintiff must prove his case by a preponderance of the evidence. But in Indianapolis, if you’re a landlord, you have to prove you didn’t engage in a retaliatory eviction.

Indiana lawmakers don’t seem like such bad actors anymore, do they?

So now, let’s switch to the other big issue, IndyGo.

And before anyone accuses me of hating mass transit, please note I was a big supporter of the referendum, and I do believe that mass transit, done right, is a valuable tool for economic development and mobility.

However, IndyGo has not had the best record as of late with its expansion, and I don’t have enough space in my cloud storage to go into all the things that have gone wrong with the Red Line. What I can say, though, is as part of enabling legislation for IndyGo to expand, it had to raise a ten-percent match in private funds, $5.4 million, which was due when the Red Line went into effect last summer. IndyGo hasn’t raised a dime, even though it was supposed to start doing this three years ago.

So all the west side of Market Street did was make them do what the law required them to do, raise the private funds, or lose future funding for mass transit expansion. The East Side of Market street went nuts accusing the West Side of subverting the will of the people who overwhelmingly voted for mass transit. No, all the West Side is doing is making IndyGo live up to its responsibilities. How is this a bad thing?

And don’t even get me started on the panhandling issue, which Indianapolis has failed to address, and now the West Side is moving forward with legislation that would prohibit panhandling within 50 feet of any public monument or where a financial transaction takes place, including parking meters.

So before anyone gets their underwear in a bunch over Indiana lawmakers “overstepping their bounds” and interfering with Indianapolis’ ability to make decisions for itself, maybe you should take your concerns to the other end of Market street because it was their actions, or inactions, which made all this necessary in the first place.

Abdul-Hakim is the editor and publisher of IndyPolitics.Org.  He is also an attorney licensed to practice law in Indiana and Illinois.  His opinions are his own, but you’re free to adopt and share them if you wish. 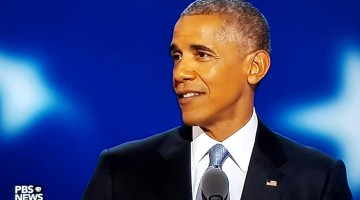