While spending part of this weekend in Indianapolis,  former Libertarian Vice-Presidential candidate and Massachusetts Governor William Weld told Indy Politics that his party’s chances of winning the White House in 2020 are the same as Donald Trump’s was at this same time prior to the 2016 race.

Weld was in Indianapolis speaking at the Libertarian Party of Indiana’s state convention.

We also discussed the future of third parties and whether he might run for President in 2020.

You can hear him in the Leon-Tailored Audio above.  It runs in two parts.  Each segment is about nine minutes. 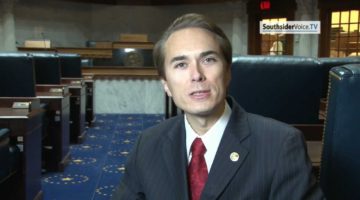