He touches on a number of issues including the Republican tax reform plan, gun control in the wake the Las Vegas shooting and his own re-election chances.

Donnelly made his remarks while visiting Allegion’s Indianapolis Operations facility.   He spoke to employees and students at the facility as part of ‘Manufacturing Day’ events happening across the state. 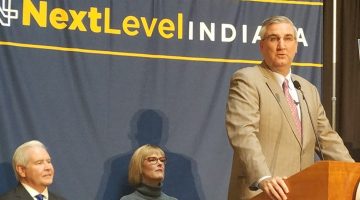