Voters went to the polls across Indiana to choose their candidates for municipal office.

You can hear them in the audio segments above.

In addition, here are some of the other headlines from Tuesday’s primary…

Incumbent Carmel Mayor Jim Brainard held off a challenge from Hamilton County Councilor Fred Glynn in a race that’s been one of the most publicized in central Indiana. (IBJ)

With all 46 precincts in Tuesday night, Terry Whitt Bailey won the Democrats’ five-person race for the Muncie mayoral nomination with 1,791 votes.  (Star Press)

All but one incumbent on Bloomington’s city council faced primary challengers Tuesday, but only five prevailed.  (Indiana Public Media)

James Mueller, the hand-picked choice of Pete Buttigieg, beat out a large field of candidates to claim the Democratic primary in the race for South Bend mayor.  (South Bend Tribune)

Previous post State Chamber on the End of Session 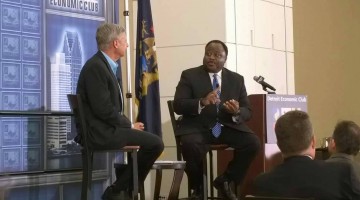 One on One With Gary Johnson