Governor Mike Pence’s budget chief says he doesn’t think the office will get too involved as lawmakers try to figure out the best way to pay for educating at-risk students.

The House recently passed a budget plan that includes more money for schools, however it changed the “complexity index” which is used to determine how much to spend on at-risk youth.  That change meant some school districts would lose millions of dollars.  The Senate has expressed concerns about that change.

OMB Director Chris Atkins tells Indy Politics that there will be more money for schools, however, when it comes to figuring out what the complexity index should look like he expects the Legislature will work that issue out on its own.

Atkins made his comments during an interview this afternoon.  He also echoed a tone of caution with respect to new spending as the state’s income tax revenue to date has fallen nearly $90 million short of expectations.

You can hear Atkins’ comments above.  The Leon-Tailored Audio segment runs about 10 minutes. 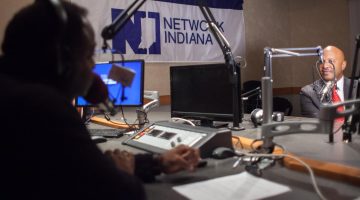 A Conversation with Curtis