Although he says his office could have handled the case fairly and impartially,  Marion County Prosecutor Terry Curry announced today that he has filed a request with the court to appoint a special prosecutor to handle the investigation of the death of Aaron Bailey.

Curry said he made the decision based on several factors, including his desire to reassure public confidence in the investigation by local officials.  He also said he wanted to avoid any potential appearance of conflict in handling this investigation while prosecuting the defendant charged with the shooting death of Southport Police Department Lt. Aaron Allan.

Kenneth P. Cotter, Prosecuting Attorney of St. Joseph County, has been appointed by the court to handle the matter involving the death of Aaron Bailey.

Bailey was killed on June 29, 2017, when he was shot by IMPD officers during a traffic stop. Over the past two weeks, IMPD’s criminal investigation and the coroner’s report have been completed and received by the Marion County Prosecutor’s Office. During the course of this investigation Prosecutor Curry met personally with family members of Mr. Bailey and their attorney. He also directed investigators assigned to the Prosecutor’s office to follow up on information which may be pertinent to the investigation.

You can hear Curry’s comments in more detail in the Leon-Tailored Audio above.  Each segment is 10 minutes.

At this time, Prosecutor Cotter has not yet received any reports or information related to this incident, and has asked that the complete investigative file be transferred to his office before any determination is made.

More information will be provided as we are able to do so.” 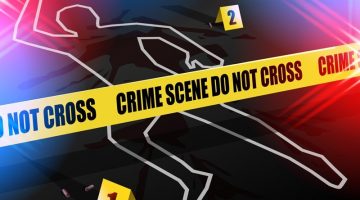