Indiana Governor Eric Holcomb says efforts by lawmakers to curb his emergency authority may not be constitutional.

The Indiana House has passed a bill that  would allow the 16-member Legislative Council to call a special session.

The Senate bill, which passed committee Tuesday  would cap emergency declaration at 30 days, and would allow the speaker and Senate President Pro Tem to call for a  special session.

The Governor says he’s not convinced either measure is constitutional, but he says there is plenty of  time for lawmakers to work something out and the channel of communications are open.

You can hear the Governor in the Leon-Tailored Audio above.

His administration also talks about recent vaccinations and the impact the weather has had on getting Hoosiers vaccinated. 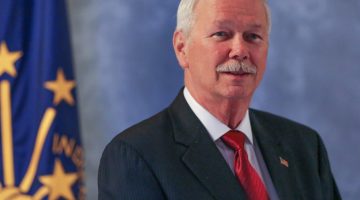