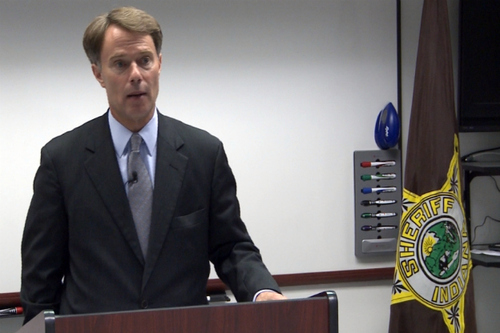 Former U.S. Attorney Joe Hogsett will announce Wednesday that he is officially entering the race for Indianapolis Mayor.

Incumbent Mayor Greg Ballard announced last week that he would not run for a third term.

Hogsett sent out an e-mail to supporters notifying them of them of the announcement.

The only other announced candidate in the race is State Representative Ed DeLaney.