About 150 Indiana businesses, large and small, have come out in favor of legislation that would prohibit discrimination against an individual based on sexual orientation and gender identity.

Indiana Senate Republicans have introduced legislation that would prohibit discrimination based on sexual orientation and gender identity, however it does allow for some exemptions.  Governor Mike Pence says he is still reviewing the matter.

Indiana Competes says such legislation is needed so Indiana can compete and attract, as well retain, top talent in the state.

Indy Politics spoke with Michael Huber and Mark Fisher about Indiana Competes, as well as the legislation that has been introduced in the Senate.

You can hear them in the Leon-Tailored Audio above, as well as the actual news conference itself.  Each segment runs approximately 15 minutes. 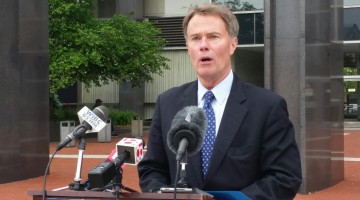