As expected, the Indiana Senate has begun making changes to the House Republican road funding plan.

House lawmakers passed a road funding proposal that included a 10-cent increase in the gas tax and shifted the revenue generated from the state sales tax on gasoline to roads. The plan also included a $15 annual vehicle fee as well as a $150 fee for electric vehicles.

Under the Senate plan, the 10 cent increase in the gas tax will take place over a two-year period at five cents each year. It keeps the $15 BMV vehicle fee, but it also adds a $5 fee on new tire sales. The Senate also bill allows the Governor to seek tolling permission from the federal government.

While there appears to have been an overall consensus on the gas tax increase, lawmakers have split over using the state sales tax on gasoline to fund road, in part because it creates a nearly $300 million budget gap. The Senate plan eliminates the shift in sales tax on gasoline for roads, leaving that $300 million dollar hole.  Senator Kenley suggested that gap could be filled by using tolling as a revenue source.

Despite the significant changes in the Senate plan, House Roads and Transportation Committee Chairman Ed Soliday calls it a good start.

You can hear Soliday in the Leon-Tailored Audio above. It runs about six minutes. 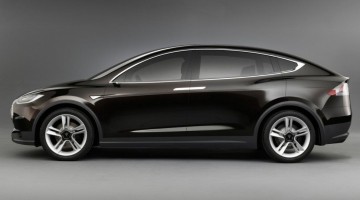