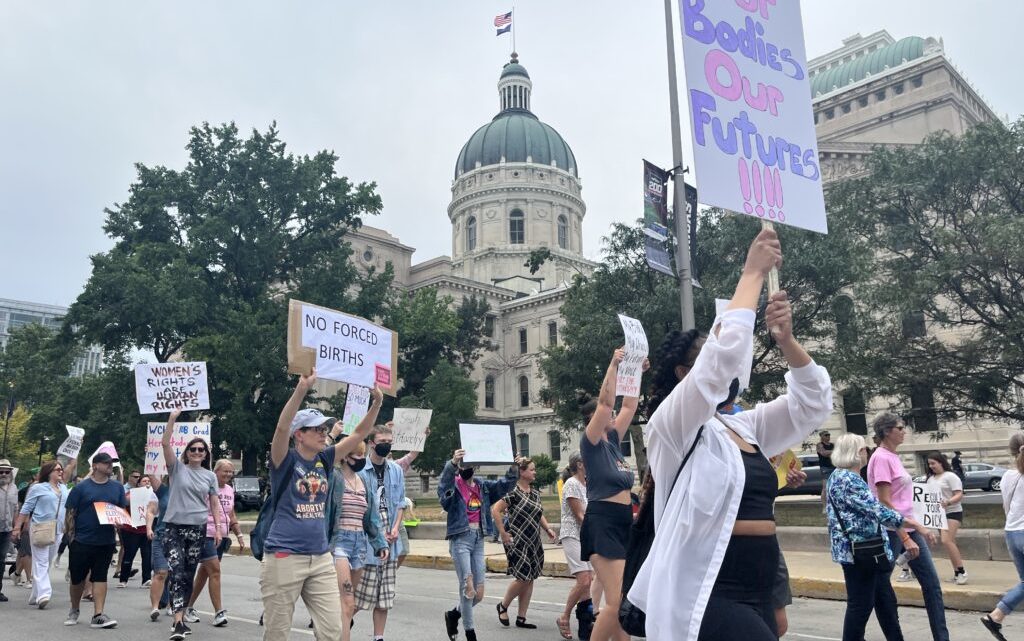 Judge Kelsey Blake Hanlon, a Republican, said in her ruling that the ban “materially burdens the bodily autonomy of Indiana’s women and girls by significantly and arbitrarily limiting their access to care.”

She added that the “public interest will be disserved” without the injunction.

“The public will continue to be subject to the previous abortion regulation regime that was significantly influenced by the United States Supreme Court juris prudence that identified and expressly reaffirmed privacy right that included abortion for nearly 50 years,” Hanlon wrote in her motion, adding that a temporary pause on enforcement of the ban will last “long enough for the court to address the issue on the merits.”

The court challenge up for debate was filed in Monroe County Circuit Court last month by the American Civil Liberties Union (ACLU) of Indiana on behalf of health care providers and a pregnancy resource center.

They argue that the abortion ban blocks patients from exercising a “fundamental right to privacy,” which the Indiana Constitution protects as an individual liberty. The Supreme Court of the United States in June ruled that the U.S. Constitution does not guarantee abortion rights.

Oral arguments in the case were heard Monday in Monroe County. ACLU of Indiana Legal Director Ken Falk said the state legislature had overstepped the Indiana Constitution. He argued the constitution endows people with certain inalienable rights, including the right to privacy.

Indiana Solicitor General Tom Fisher, arguing on behalf of the state, emphasized that the state constitution does not explicitly ensure that right: “There just isn’t enough there to one, identify a right to privacy or two, translate it over to the abortion right.”

The ban outlaws most abortions except in the case of a fatal fetal anomaly or serious health risk to the mother. One part of the law says these exceptions are up to 20 weeks but another part says they can be used anytime. Rape survivors can get an abortion up to 10 weeks post-fertilization. It also strips abortion clinics of their state medical licenses, and provides that only hospitals and hospital-owned ambulatory surgical centers can provide abortions.

Under the injunction, the state’s previous abortion law will stand – allowing abortion up to 20 weeks. It also means abortion clinics can again perform the procedure.

Hanlon, of the Owen County Circuit Court, accepted an appointment as special judge earlier this month. That was after two elected Democratic judges in neighboring, liberal-leaning Monroe County declined to take on the case. They did not give any reasons as to why they recused themselves. 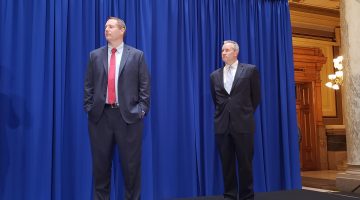 Moving the May Primary