Kokomo Mayor Greg Goodnight says he will go forward with a local ordinance to add sexual orientation and gender identity to the city’s human rights code since Indiana lawmakers failed to add those protections at the state level.

Goodnight made his comments during his state of the city address this week.

In an interview with Indy Politics, Goodnight said Indiana should be a welcoming place and the controversy over the Religious Freedom Restoration Act as well the failure of lawmakers to add sexual orientation and gender identity to the state’s civil rights code also hurt Indiana.

Goodnight said he is not sure what the final product will look like, but it was important to get the ball moving.

You can hear his comments in the Leon-Tailored Audio above.  They run about nine minutes.  There are approximately 20 cities in Indiana that offer protections to the LGBT community. 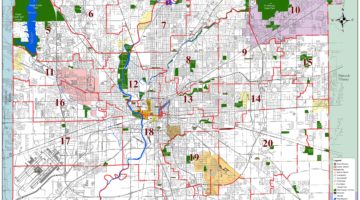 Common Cause on Council Maps