Holcomb, who had been running for the U.S. Senate ended his campaign yesterday.

Ellspermann has applied for the position of President at Ivy Tech, however the Board of Trustees is not expected to make a decision until April and both the Governor, as well as House Speaker Brian Bosma have made it clear they do not want to come back for a special session to name a possible replacement.

Pence thanked Ellspermann for her service and said Holcomb was ready on day one to assume the duties of Govenror.

You can hear the Governor’s comments as well remarks from Holcomb and Ellspermann in the Leon-Tailored Audio above.  It is divided into two segments. The first are remarks from all three, the second features questions from the media.

The Governor says a timeline has not been set for Holcomb to go through the nomination process and be confirmed by the Legislature. 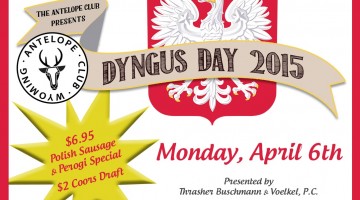 Stop By for Dyngus Day