Indianapolis is on pace for another year of record murders.

So far this year, the city is averaging a murder every 2.58 days.

And as in years past,  most of the victims and suspects had criminal records.

Of the 60 murder victims, local adult criminal histories were found for 50 (83%) of the victims. These 50 individuals accounted for more than 280 adult felony arrests.

Of the 32 suspects where a name was known, prior local adult criminal histories were found for 24 (75%) of the suspects.  These 32 people accounted for 89 adult felony arrests:

There have been two juvenile murder victims so far this year and one suspect under the age of 18.

SIGN UP FOR THE INDY POLITICS DAILY STATEWIDE SUMMARY, IT’S A FREE SYNOPSIS OF THE MAJOR POLITICAL STORIES OF THE DAY

The racial relationship between victims and their suspects were as follows…

Blacks are about 25% of Indy’s population and have been 80% of the murder victims. 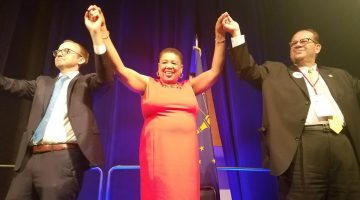 HOW DEMOCRATS CAN WIN IN INDIANA AGAIN