Pelath Has Little Praise for 2015 Session

The people of Indiana are ready to move in a new direction, yet we are led by a governor and Republican supermajorities intent upon dragging us backward.   What will linger in the mind will not be what they did right, but what they got so wrong. Indiana strives to be a welcoming and tolerant state, yet we were forced to see Statehouse powers fan the flames of cultural division. The result was economic calamity and national embarrassment.

It is sad to consider that the potential existed for us to accomplish a lot this session;  an increase in the state’s minimum wage. Giving the people of Indiana the right to choose if they wanted to increase the state’s minimum wage.   Ending Indiana’s textbook tax. Freezing tuition for all new undergraduates at our public universities. Giving parents a break on their taxes to help pay for the cost of textbooks and other education expenses.

Passing a state budget that ensured increases in state support for all public schools. Helping those same public schools by restoring $300 million in funding cuts made by the Daniels Administration.

Making it clear to everyone just how much of their tax dollars are going to public schools, charter schools, virtual charters, and vouchers.

Demanding greater accountability from that scandal-plagued agency, the state Bureau of Motor Vehicles (BMV), by having more frequent public and private audits to prevent the blizzard of overcharges that have taken place in recent years.

What did we get instead?

Hoosiers who pleaded for better wages, salaries, and opportunities were met with indifference.  On the worst days, the governor and his supermajorities actively forced policies – like the repeal of minimum construction wages – that will make people work harder for less.

Those in charge have forgotten that prosperity depends on workers paying bills, saving for an education, and buying things that others have made.  They are adrift in a haze of antique notions of getting more money into the hands of those who already have it.

Such attitudes are clouding even the basics of governing.  They largely negated the free election of our state’s education leader.  They continued the risky course of funding three different school systems – traditional schools, voucher schools, and charter schools – without any real sense of where the dollars are flowing.   Misplaced priorities are causing roads to crumble and discouraging workers from gaining new skills.

Even in the most trying circumstances, there are always bright spots.  Bipartisan ethics reforms were worthwhile and necessary.  But these improvements must soon inspire changes beyond the Statehouse.

Indiana cannot reach its potential until our government sets aside old ideas, reinvests in those willing to work hard, and grows and retains the brightest young Hoosiers.  We can do much, much better. 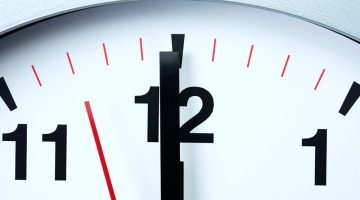