Vice-President Mike Pence was back in Indiana this weekend helping the state GOP kick off its “Right track Results” Statewide tour to encourage voters to elect Mike Braun to the U.S. Senate and other Republicans to statewide office.

Speaking to a crowd of a couple hundred in Indianapolis, Pence told Republicans that he and Donald Trump need Braun as an ally in the Senate and repeated the line that Democratic incumbent Joe Donnelly does not reflect Hoosier values.

The polls have shown the race to be a statistical tie.

You can hear Pence in the Leon-Tailored Audio above.  It runs about 16 minutes. 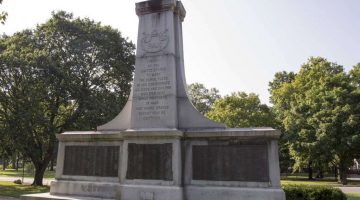 A Conversation About Confederates