In the latest Indy Politics/Change Research poll of the Governor’s race, Eric Holcomb has lost ground and the main benefactor is Libertarian Donald Rainwater.

In April,  Holcomb was 20 points ahead of Dr. Woody Myers, the Democrat nominee.  Now that number is down to 6 points,  but oddly enough, picking up the slack is Libertarian Donald Rainwater.   The breakdown was 36 percent Holcomb, 30 percent Myers, 24 percent Rainwater, and 10 percent undecided.

Rainwater looks to be the candidate of choice here among Republicans disaffected with the mask mandate and Gov. Holcomb’s leadership during the pandemic: over a third of respondents who say they’re voting for Trump say they’d vote for Don Rainwater for Governor were the election today.

On the flip side, Holcomb has also earned him a sizable portion of Democrats: 16% of Biden voters say they’d vote for Eric Holcomb if the election were held today.

In the favorable/unfavorable category, Holcomb was 35/46 while Myers was 16/13; 52 percent said they never heard of him.

The poll of 1033 lively voters was conducted by Change Research from September 3-7.  Change Research used its Dynamic Online Sampling to achieve a sample reflective of the likely November electorate. The margin of error as traditionally calculated at the 95% confidence level is 3.1%. Post-stratification was performed on age, gender, ethnicity, education, geography, and 2016 vote. 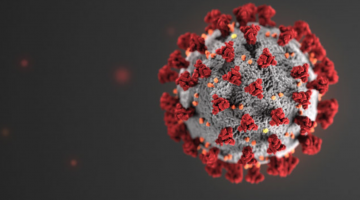