As Indiana deals with a growing outbreak of HIV in Scott and Jackson Counties, there appears to be a growing rift between public health and public safety officials on what role a needle-exchange program should be play in helping solve the crisis.

As of Friday, 142 people had tested positive for HIV.  Health officials say the use of dirty needles is the primary method of transmitting the virus, therefore a clean needle-exchange program, used in tandem with other prevention and treatment measures have been put in place.

However, a number of Indiana prosecutors think the needle-exchange program will only add to the problem by enabling illegal drug use and making it more difficult for them to prosecute criminal cases.   Indiana Attorney General Greg Zoeller has endorsed the needle-exchange, although privately members of his staff think it may be a tough sell for some segments of the population.

To get both sides of this issue Indy Politics spoke with Indiana Health Commissioner Dr. Jerome Adams and Dearborn/Ohio County Prosecutor Aaron  Negangard.     Adams supports the needle-exchange program, while Negangard thinks it will harm drug prosecutions.  You can hear their conversations above.  Each Leon-Tailored Audio segment runs about 15 minutes. 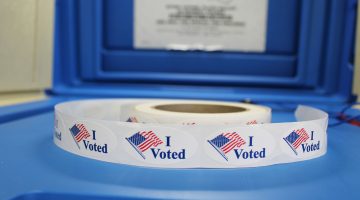 Put an End to Taxpayer-Funded Primaries