Return of the Matt 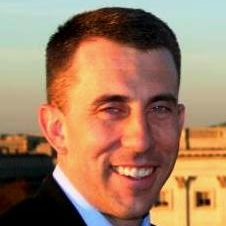 INDIANAPOLIS – Gov. Mike Pence has turned to a former adviser to serve as the communications director in his office.

Pence on Friday appointed Matt Lloyd to the role of deputy chief of staff for communications and strategy.

He’ll replace Christy Denault, who announced earlier this month that she was leaving the governor’s office to spend more time with her family.

Lloyd – who currently works as communications director for Koch Industries’ office in Washington D.C. – served in similar positions for Pence’s congressional staff and when Pence was chairman of House Republican Study Committee.

He also served as a senior advisor to Pence’s gubernatorial campaign.

“I am delighted that Matt will be rejoining my staff,” Pence said in a statement. “Matt is a person of character whose judgment I value greatly. He will be a tremendous addition to the governor’s office.”

Lloyd joins the office as the Pence administration seeks to recover from attacks leveled because he signed a religious freedom bill into law. He said it would protect individuals from government intrusion into their faith-based decisions but critics said it was meant to make discrimination against gays and lesbians legal.

The backlash has led some to predict Pence could face a tougher reelection and the state has hired a public relations firm to repair its image nationally.

Lloyd will join the Pence staff at the end of May, after his family relocates to Indianapolis.