The organization that was instrumental in defeating Indiana’s proposed marriage amendment and pushing the “RFRA Fix” says it is now setting its sights on adding sexual orientation and gender identity to the state’s civil rights code.

Freedom Indiana announced its campaign today.   It will be managed by Chris Paulsen, a veteran grassroots advocate who formerly served as president of Indiana Equality Action.

Despite the fact a number of cities have passed anti-discrimination laws protecting the LGBT community, Paulsen says a statewide law is needed so people don’t have to worry whether they’re protected from one county to the next.

You can hear Paulsen’s comments in the Leon-Tailored audio above.  They run approximately 12 minutes.

Indiana Governor Mike Pence says he is keeping an open mind about a statewide anti-discrimination law and wants to hear from all sides of the discussion.

How Lawmakers Will Spend their Summer Vacations 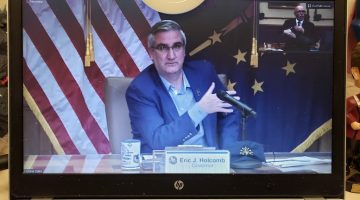