As the state of Indiana looks at the possibility of regulating on-line fantasy sports, the attorney for the industry says they don’t meet the legal definition of gaming.

With billions of dollars at stake and practically no federal oversight a number of states are looking at regulating on-line fantasy sports, including Indiana.

State Representative Alan Morrison of Terre Haute is drafting legislation that would regulate on-line fantasy sports the way the state does the casino industry.

However, Scott Ward, the attorney for Fan Duel and Draft Kings, the two largest on-line fantasy sports groups says the game is built on skill, not chance so it does not fall under the legal definition of gaming and he argues government regulation would only hurt the industry.

Indy Politics spoke with Ward.  You can hear his comments in the Leon-Tailored Audio above.  It runs approximately 12 minutes. 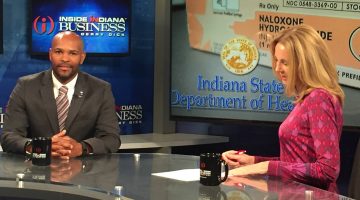