Study Says Indiana Maps Among the Most Gerrymandered in the Country

A new independent research released this week found that Indiana’s current electoral maps are more tilted in favor of one party than 95% of all the maps enacted in the United States over the last 50 years, and Indiana’s bias is worse than those of its neighboring states of Kentucky, Ohio and Illinois.

Among other things, the research found these highlights.

You can hear the conversation with Martha Lamkin of Women4Change regarding the study in the Leon-Tailored Audio above.  It runs for about 18 minutes. 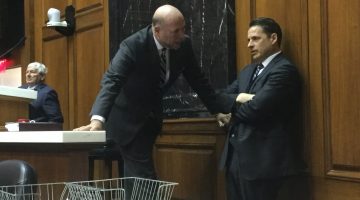